Choose your region to see content specific to you:

How to design a peninsula kitchen

If you're dreaming of a kitchen island but you don't have the space to accommodate one, you can opt for a peninsula instead. If you’re wondering what the difference is between a kitchen island and a peninsula, the answer is not much – a peninsula is simply connected to a wall on one end, as opposed to being freestanding.

Peninsula kitchen designs offer all the same benefits of an island – extra workspace, smart storage solutions, and a place to socialise – but the difference is a peninsula can scale to fit into kitchens of many sizes.

By learning how to incorporate a peninsula into your kitchen, you can get a taste of the 'island life', no matter what your layout is. 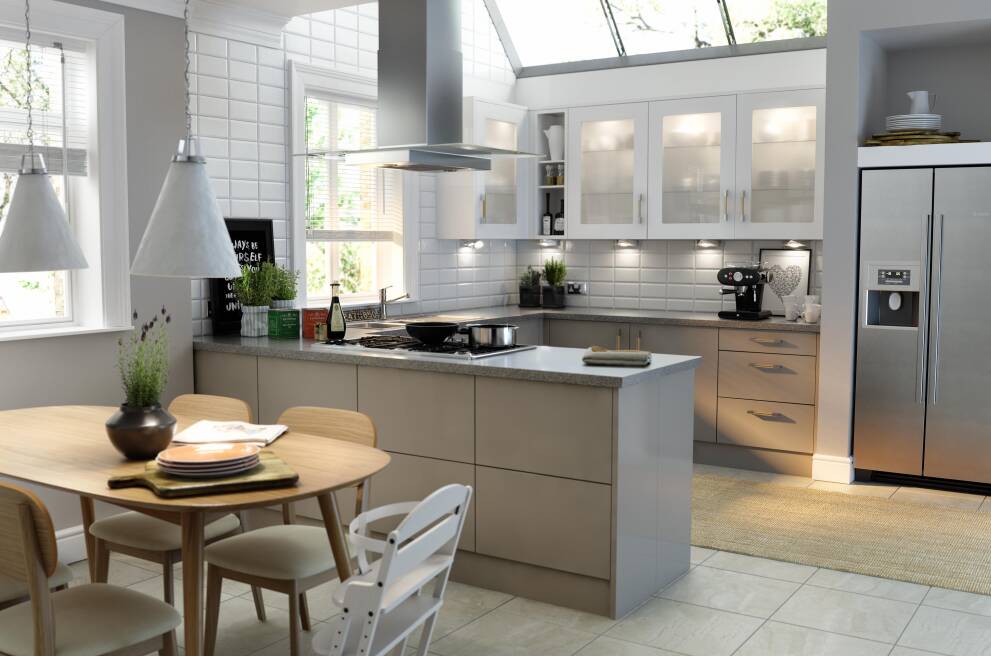 What is a peninsula kitchen?

In kitchen terms, a peninsula is similar to an island in that it's a unit with a worktop, but instead of standing free in the middle of your kitchen, one end is attached to the wall. A peninsula is accessible from three sides (unlike an island's four) and serves as an extension of your kitchen layout, and can help separate spaces in an open plan kitchen. 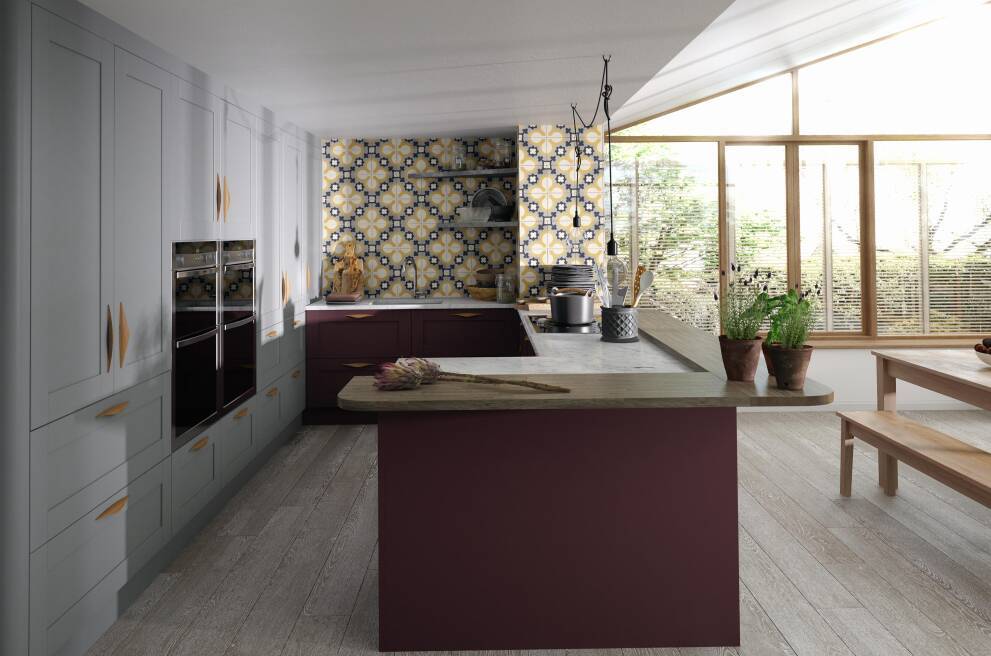 What are the benefits of a kitchen peninsula design?

A peninsula-style kitchen brings a lot of potential to your layout, especially if you have a small kitchen: 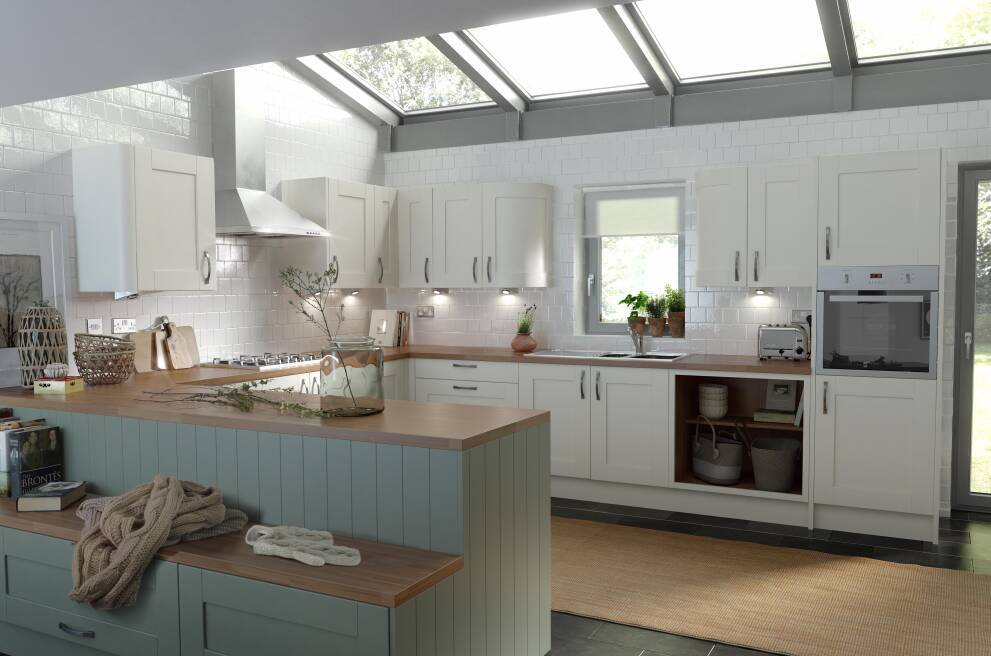 Where can I put a peninsula in my kitchen? 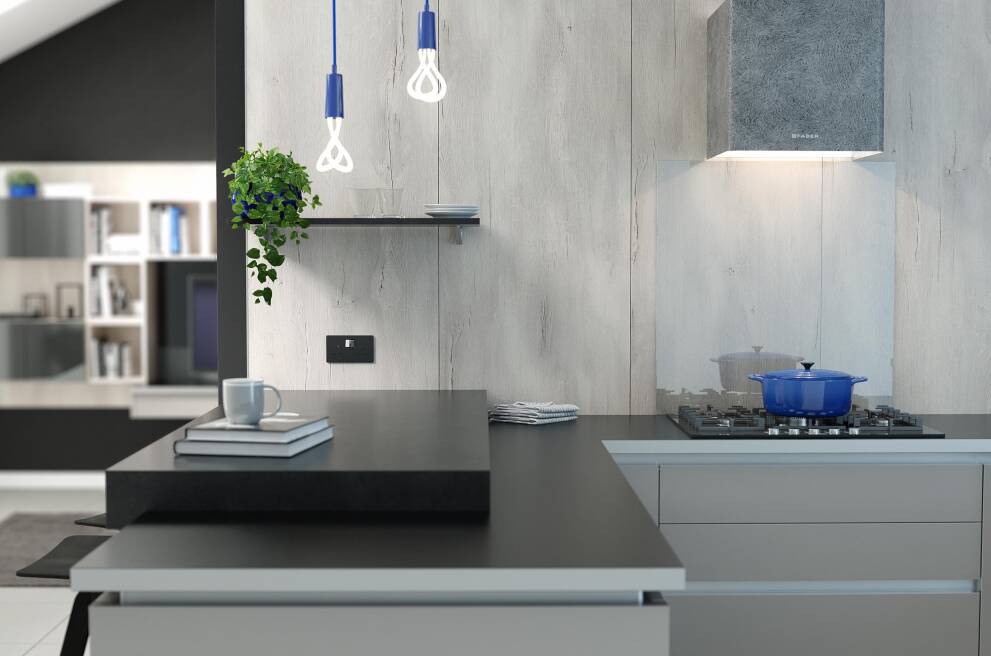 A peninsula can create opportunities for storage, efficiency and socialising in your kitchen. An ideal solution for island-lovers who may not have a kitchen large enough for a standalone island, you can implement one to give yourself more space and bring a sense of personality to your room. Check out our design tips for more ways you can make the most of your layout, or to see how you can create your own peninsula kitchen, book an appointment to visit your nearest Wren showroom. 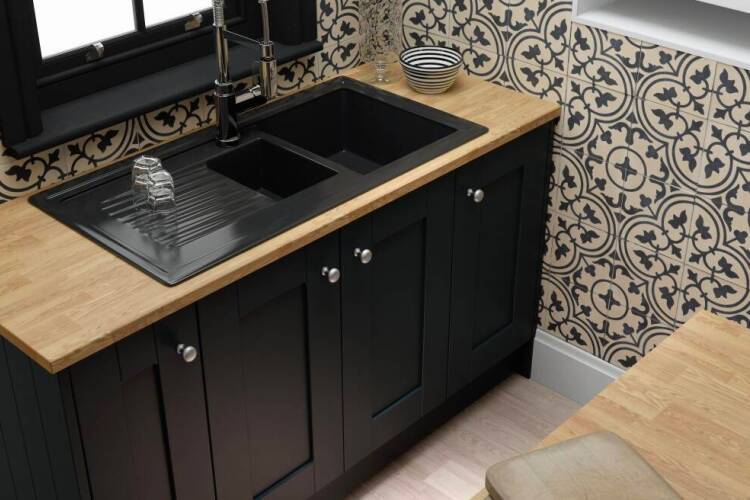 See our tips on designing a galley kitchen by using clever space hacks. 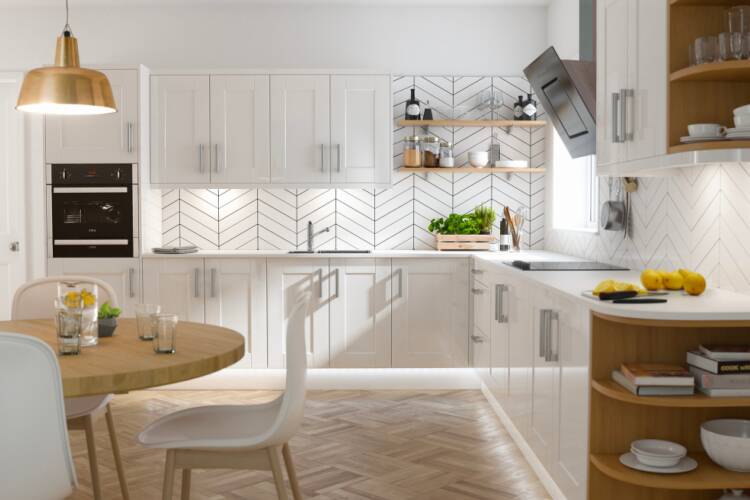 Find out how to cleverly design an open-space L-shaped kitchen. 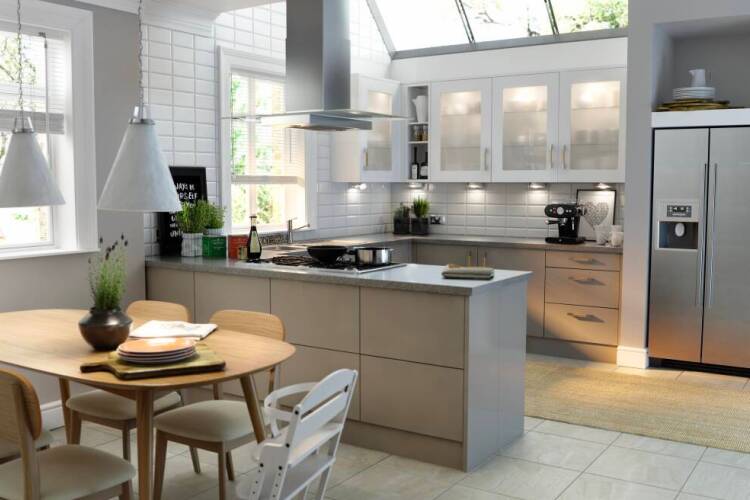 Learn more about peninsulas - a practical alternative to kitchen islands.

Book your appointment Book your home measure
We use cookies for two reasons: to give you the best experience on the Wren Kitchens website, and to make sure the Wren Kitchens ads you see on other sites are relevant. By continuing, you agree to our use of cookies. Find out more here.