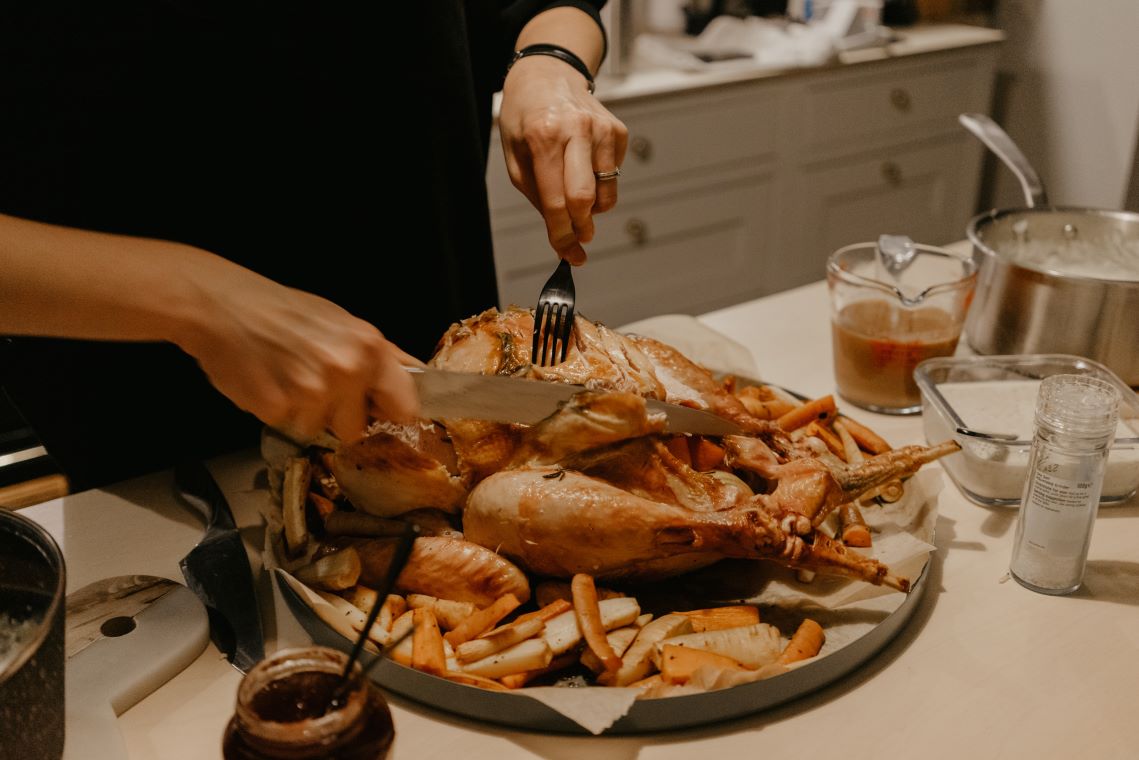 Do you have any age-old cooking superstitions you always stick to when in the kitchen?

While the average person certainly isn’t Gordon Ramsay behind the hob, most of us Brits are pretty adept when it comes to cooking, even if it’s just knowing the perfect microwave setting for reheating those leftovers after work!

But is it possible that those expert cooking tips we got from our nans and mums are actually more of a hindrance than a help?

To uncover what culinary myths are most commonly believed, we surveyed 1,000 people around the UK to see which of these touted tips are most-closely followed. We then got in touch with an expert chef from The Grand in York, who told us whether or not these kitchen suggestions had any validity.

So, grab a pen and get ready with your recipe books. It’s time to find out whether or not well-done meat is safer, if milk actually makes for fluffier scrambled eggs, and what adding salt to boiling water really does…

1. Do you need to drain rice after cooking?

By far the most believed myth on our survey, with 36.6% of Brits agreeing it’s a necessity, it would seem there is actually some truth to this.

According to our expert, once your rice is boiled, you should strain the water and then return the dry rice back to the pan. Remove it from the heat and place the lid on top, leaving it for 6 minutes before serving to get it nice and fluffy.

Obviously, this won’t apply to all recipes, but the next time you’re cooking a curry, it might be worth a try for fluffier rice.

2. Does a lack of pinkness mean chicken is fully cooked?

Our next most common myth was whether or not a lack of pinkness in chicken means it’s cooked through. 32.6% of those we spoke with believe that it does, but our expert states otherwise.

A lack of pinkness does not guarantee that a chicken has been cooked thoroughly. For all bacteria in the chicken to be removed, the chicken needs to be cooked at its core at a temperature of 73 degrees.

So, always be sure your chicken is thoroughly cooked, sticking to the cooking time and getting that golden brown colour on it before double-checking its middle.

Our third most popular cooking myth is the ever-pervasive idea that cooking vegetables, specifically boiling them, removes the nutrients in them. Around 31.8% of those asked believe this myth to be true, but there’s more to it than first meets the eye.

According to our expert, the way you cook and prep your veg plays a key role in its nutritional value. Vegetables will lose some nutrients when cooked, however, it also enhances the absorption of nutrients, meaning you actually get more out of them.

There’s nothing wrong with raw veg but don’t feel like you have to stop cooking your veg any time soon.

31.2% of those we spoke to agree that well-done meat is safer, but again, this depends on several factors, particularly on the type and cut of meat.

White meats, like chicken and turkey, need to be thoroughly cooked in order to kill off any harmful bacteria inside the meat. The same is also true for minced meat and sausages.

Red meats, on the other hand, only have dangerous bacteria on the outside, so it just needs searing all over. So, at least when it comes to steaks and joints, you don’t need to cook it into oblivion to ensure it’s safe to eat. In fact, our expert states that if you cook your meat right, in accordance with the recipe, even well-done meat won’t be dry and inedible.

This is another very common kitchen myth, one that 30.6% of Brits believe. But, in fact, the opposite is true.

When bread goes stale, it’s actually absorbing moisture, which is why stale bread weighs more. Moisture is absorbed and causes the starch in the bread to crystalise and harden.

But don’t discard your stale bread because of this. The hardness of the bread makes it great for breadcrumbs, bread and butter puddings, and many other bread-based recipes.

6. Does adding oil to pasta water prevent it from sticking?

Are you among the 30.5% of people who agree that adding oil to pasta will prevent it from sticking together? Unfortunately, this myth has also proven to be false.

Our expert pointed out that adding oil won’t do anything to help your pasta remain separate. What you actually need to stop it from sticking is a large pan with plenty of salted water so you can cook the pasta on what’s known as a rolling boil.

A rolling boil means the pasta has enough space to move and roll, ensuring it’s cooked to perfection. Why not give it a try with the next Italian dish you tackle?

Next up is the constantly asked question of whether or not red liquid in meat means it’s not cooked. According to our survey, 28.3% agree that this is the case and that the meat will need to be cooked longer.

Again, our expert can debunk this. Red liquid coming from a steak or a joint simply means you haven’t let the meat rest long enough; it’s actually still cooking!

You can indeed eat meat that’s leaking in this way, provided it’s red meat, but maybe let it sit for that little bit longer next time you do a roast.

Scrambled eggs can be difficult to master, so it’s not surprising that 28.2% of those we spoke to adhere to this myth as a way to try and make their eggs just that little bit fluffier.

It might take a little longer, but if you’re making scrambled eggs in the morning, you’ve almost certainly got room for this extra step.

9. Are raw tomatoes healthier than cooked ones?

Returning again to common fruit and veg myths, 19.4% of people we spoke with are of the opinion that raw tomatoes are indeed healthier than cooked ones. While it’s true that all fruit and veg lose nutrients when cooked, again, it’s not as black and white as it first seems.

So, when it comes to how to eat tomatoes, it’s all down to personal preference. Either way, you’ll still be getting plenty of healthy nutrients.

This one is a biggie in the world of cooking myths, but surprisingly, only 18.5% of those we surveyed actually believe it.

In the words of our expert, no, there is no evidence that adding vinegar to cooking water will make hardboiled eggs easier to peel, though it will make them vinegary.

In fact, the real secret is something surprisingly simple. All you have to do is peel your eggs once they’re cool but not cold.

11. Does storing bread in the fridge prevent staleness?

No one can deny how nifty a fridge is for storing perishable goods. But besides making your bread cold, can placing your loaf in the fridge actually keep it from going stale? 17.2% of those asked seem to think so.

But again, our expert points out that it won’t prevent staleness. It will prolong its shelf life, however.

Have ever wondered why we put salt in the water we intend to boil. 16.7% of people we spoke with are of the opinion that it actually makes water boil faster. However, our expert pointed out that this simply isn’t the case.

Adding salt to water actually does the complete opposite. Instead, it makes it take longer for the water to boil by increasing the boiling point of the water. This will make food boil faster, and the salt also helps to enhance the flavour.

Last, but by no means least, our final cooking myth revolves around whether or not cooking wine will eliminate its alcohol content. 16.6% of those we spoke to seem to think so.

In reality, cooking wine merely reduces its alcoholic potency. But perhaps this is a good thing, after all, you get to retain all its wonderful flavour.

And there you have it, those are the UK’s top cooking myths confirmed or debunked. If we’ve got you inspired to apply them to your own cooking, you can find plenty of recipes over in our inspiration section. And be sure to check out the Wren Kitchens blog as well.