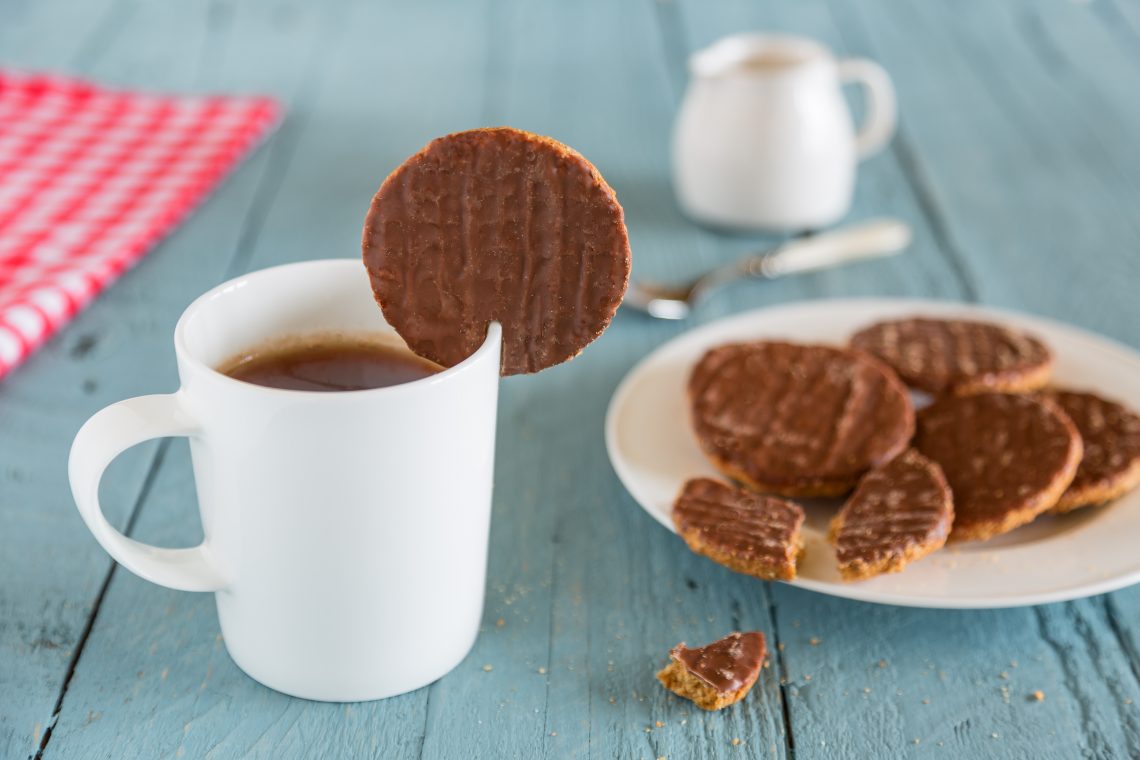 We love a good cuppa in the UK, which is why National Tea Day is a celebration we hold very dear. This year, it’s happening on April 21, and we couldn’t think of a better way to get into the spirit than by shining the spotlight on tea’s equally famous partner: the beloved biscuit.

However, there’s one technicality that can literally make or break our baked delight of choice – how well does it dunk?

Find out which sweet treats could withstand the boiling conditions, and which crumbed in despair as we reveal the best-performing biscuits you can possibly pair with your cuppa.

Armed with a giant pot of freshly brewed tea and a trolley full of bestselling biscuits, our team of biscuit boffins went to work to discover how long each baked treat could last before crumbling under the pressure.

To do this, each biscuit was dunked half way into a freshly brewed cup of tea (temperature is a key factor!) and held in place until it broke. A stop watch was used to record the breakage time.

Once the experiment was over, it was crunch time for our beloved baked goods. We ranked each biscuit by its breaking point, from lowest to highest, and also provided the recommended dunking time (RDT) for your optimum dunking pleasure.

They came, they dunked, they crumbled…

It might come as no surprise that the crumbly Hob Nob didn’t fare too well when it came to the dunk. After a mere 15 seconds, the McVities legend succumbed to the (water) pressure, unlike its Chocolate Digestive counterpart, which managed to hold on for a respectable 51 seconds.

The first big shock came when the ginger nut bailed out at just 32 seconds – we expected more from this supposedly tough bake, but they do say you should never judge a biscuit by its name (or its wrapper).

The classic digestive hung on for 48 seconds, while the rich tea just missed the minute mark, clocking in at 58 seconds before taking a tumble into the drink.

Down to the final four, and the custard cream put in a spirited performance, going a full minute before showing signs of sogginess, dropping off at 1:06. The Jammie Dodger came to a dramatic end when it expanded, breaking its iconic sandwich structure apart and nose-diving at 1:08.

In second place, with a breaking point of 1:20 was none other than the buttery shortbread. Despite its valiant attempt for the top, the biscuit ballooned in size as it soaked up the tea and was easily the most unappetising by the time it came to its soggy end.

In first place, with a breaking point more than double its closest rival, was the mighty bourbon! The dark horse of the pack, this chocolatey sandwich treat surpassed all expectations and proved itself to be ridiculously durable: 2:39.

Bourbon biscuit, we salute you and crown you king of the cookie jar.

So, as you prepare to sit down and enjoy a good dunk in your cuppa this National Tea Day, take time to consider your baked treat of choice. As our experiment proves, not all biscuits are created equally!

When it comes to choosing a sweet snack to accompany your tea, flavour and dunk-ability are two separate factors – which biscuit is your favourite? Let us know on Twitter @WrenKitchens or on our Facebook page.