We Brits love bacon. We consumed 212,000 tonnes of the stuff in 2016, and paid a whopping £1.2billion to do it. But it seems we aren’t the only nation enamoured with this marvellous fry-able, grill-able and bake-able meat; on September 2nd 2017 this cut of cured pork receives its own worldwide celebratory day.

So why do we love bacon so much? Believe it or not, there is actually a science behind it all.

“Quite simply, we love bacon because of it’s unique flavour, which can be quantified as taste plus aroma. When bacon is heated, the sugars start reacting with the amino acids in the proteins (called the Maillard reaction), which then combines with the sizzling melting fats.

Bacon seemingly compliments many interesting and odd combinations. It does this by simply enhancing the overall flavour. This is why bacon pairs well with jam, donuts, scallops, mayonnaise, and even soda.”

What better way to get into the salty spirit than in the kitchen? To help you, we’ve pulled together some of the best (and oddest) bacon pairings to create the perfect International Bacon Day recipes, with a few fun facts and stories along the way. Hungry?

Although bacon is probably best known as a breakfast item, with the earliest record of a British breakfast of bacon and eggs dating back to 1560, it goes way beyond that. Its incredible flavour and smell (scientifically proven to produce an addictive neurochemical response) means it is a popular pairing with all different dishes, desserts and even drinks.

We’re starting you off simple, though, with some awesome barbecue-flavour, bacon-coated chicken bombs. Consider your lunch/dinner/brunch/midnight snack sorted. 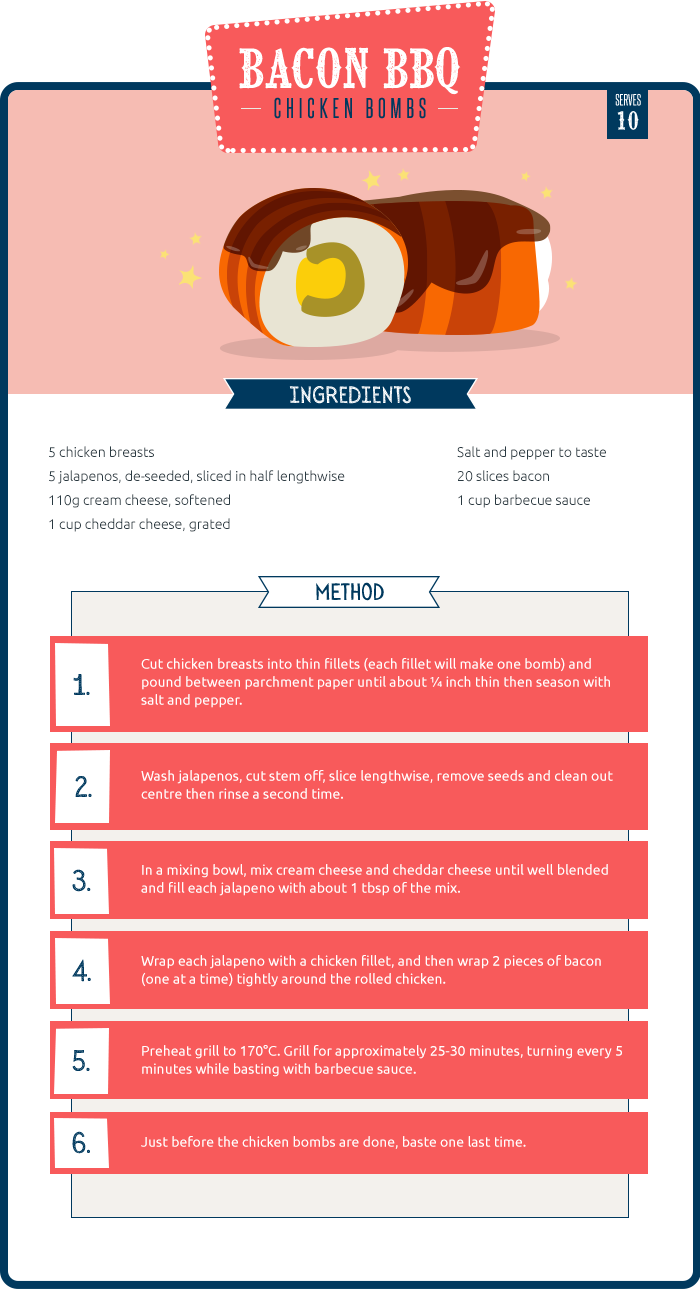 Bacon has a long and rich history in Britain; when Julius Caesar first landed on our shores in 55BC, he brought his own bacon with him. And it’s even entwined in our literary history – Charles Dickens’ iconic Oliver Twist is the first known reference of ‘streaky bacon’.

We’re not entirely sure of the first known reference of bacon wrapped sushi, but it’s a favourite of foodies so we were happy to indulge. Go on, be brave! 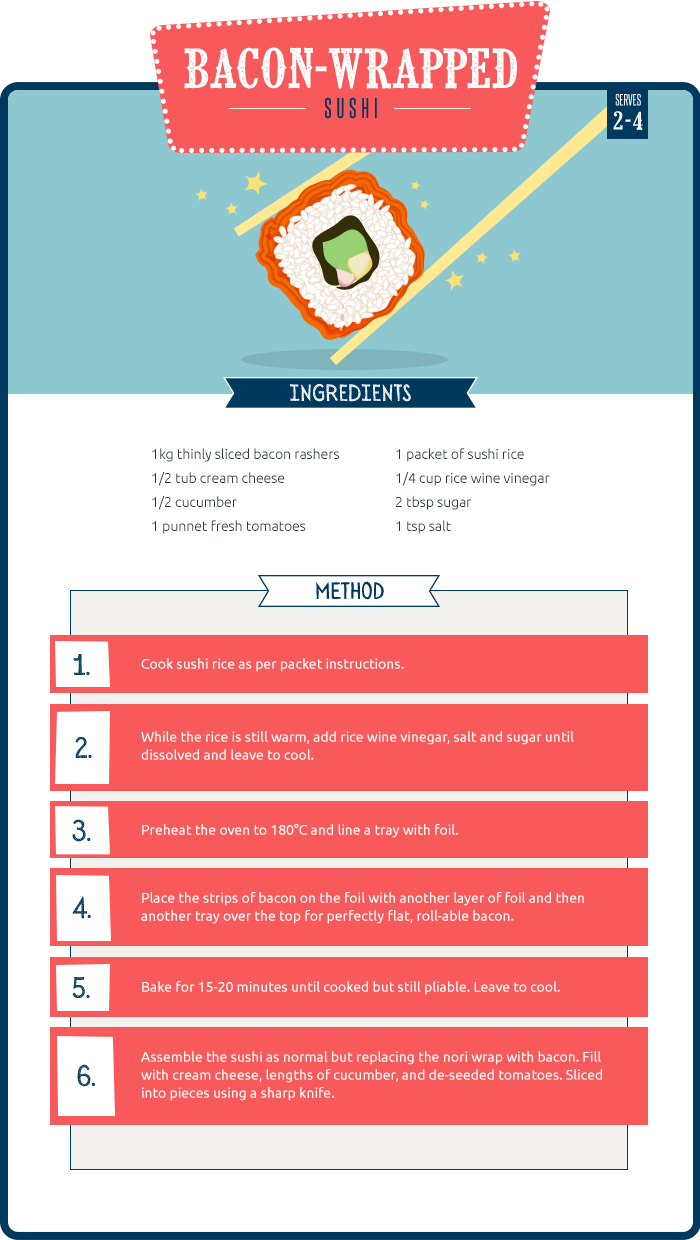 A quick search through Instagram or Pinterest sends you down a rabbit (or should we say pig) hole of weird and wonderful bacon pairings, from milkshakes and fudge to popcorn and jams. This recipe for a bacon-wrapped fillet is an unusual coupling, but make no mi-steak, it’s piggin’ delicious. 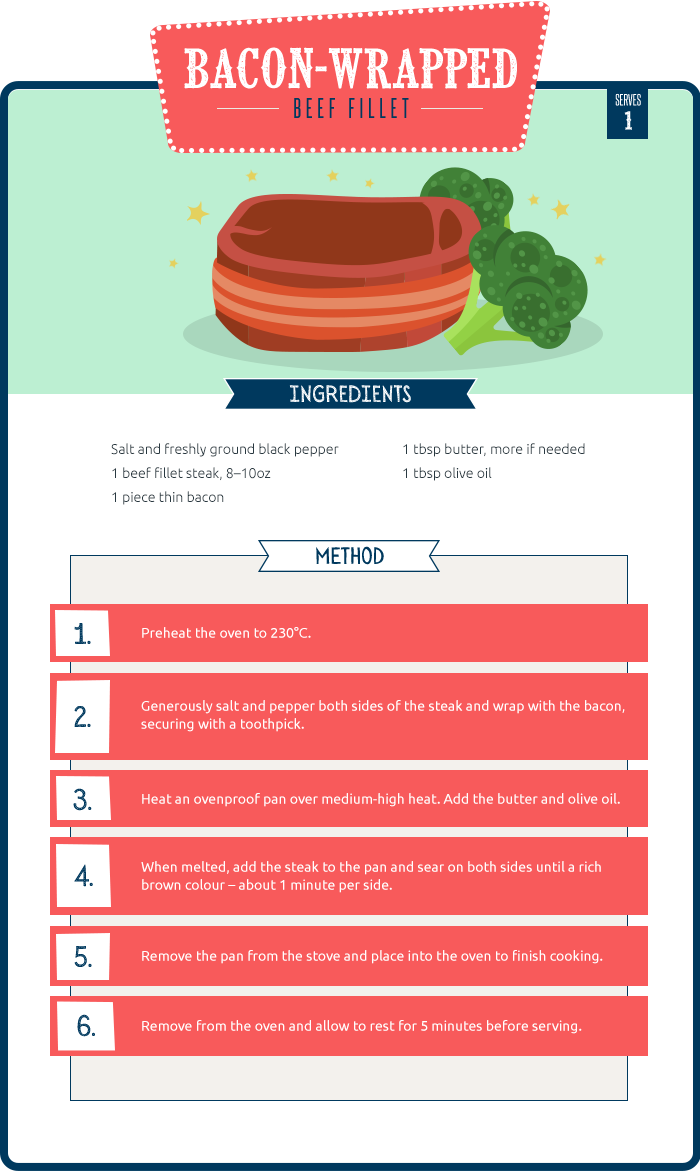 Elvis Presley was known for his love of Fool’s Gold Loaf, a hollowed out Italian bread loaf, packed with a pound of bacon and two jars of peanut butter and jam. Whenever he’d get a hankering from this fat-meets-carb monstrosity he would fly his private jet to the Denver restaurant that made it and enjoy with a glass of champagne before flying back to Graceland.

Peanut butter is a real hit in the bacon-pairing stakes, so our next recipe is sure to have you drooling. And the best bit? You can enjoy it for breakfast and dessert.

To round off your celebrations in style, JJ Goodman and the London Cocktail Club have created a bacon-lover’s tipple like no other. Forget the liquid lunch, have your breakfast shaken with whiskey and enjoy this bacon and egg martini. 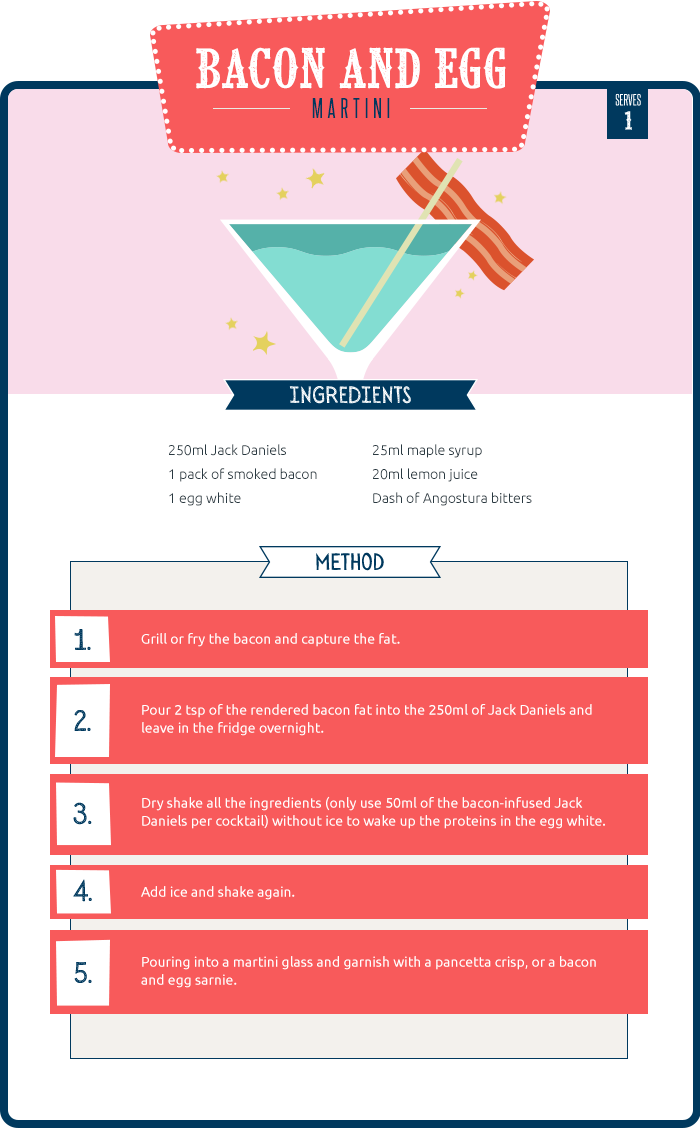 Hungry yet? Us too. There are plenty of other recipes out there too – this is just the tip of the iceberg. Let us know what you get up to on International Bacon Day via Twitter (@WrenKitchens) and the Wren Kitchens Facebook.