Is there anything more quintessentially British than a fish finger sandwich? Whatever your background, there’s no doubt that fish finger sandwiches played a part in your childhood dinners, usually constructed with thick slices of soft, white bread and slathered in tangy ketchup.

There’s little I love more than recreating this kind of childhood favourite with an adult-twist. This recipe for a posh fish finger sarnie takes a little more preparation than simply opening a box from the freezer, but the extra effort is definitely worth it for the end result.

For the fish fingers:

For the quick tartare sauce: 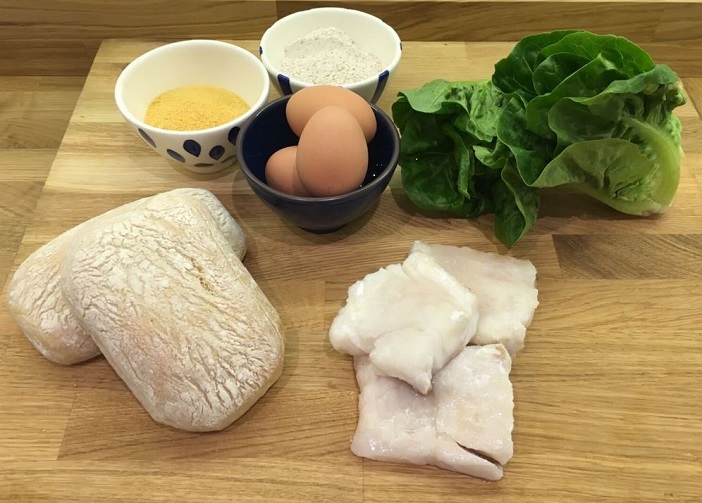 Slice the fish fillet into fish finger lengths; for two people, you should aim to create six fingers from one fillet. Lightly salt the individual fish slices and pour the flour into a sandwich bag or similar. This allows you to simply drop the fish into the bag and evenly coat.

Beat your egg in a wide bowl until it becomes a smooth, yellow colour. Take your fish from the flour bag, and dip into the eggy mixture.

Pour your breadcrumbs (pre-made or home-made) onto a wide plate. Carefully lift your fish fillets from the bowl of egg, and allow any excess to drip off. Then, coat the fillets in the breadcrumbs until a thick, crunchy layer covers each finger. 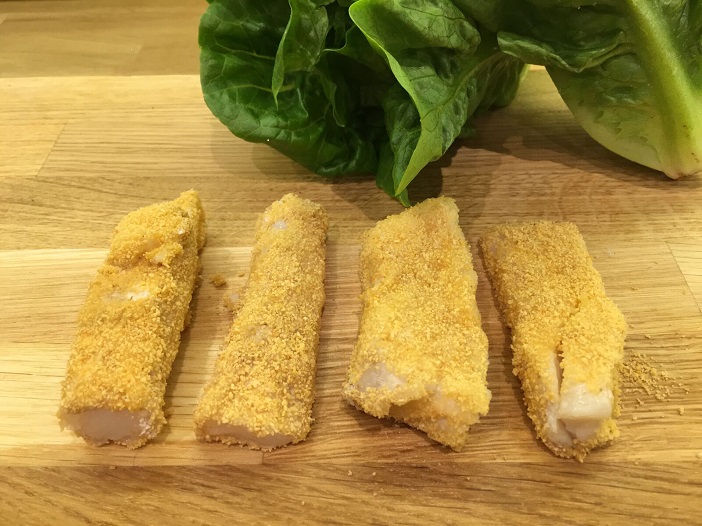 Fry each of the fingers in a non-stick frying pan with a small layer of oil on a medium heat. They’ll typically take four to five minutes on each side, though this really depends on the thickness off the fillet, so ensure each finger is cooked thoroughly before eating. Deep frying is also an option if you want them really crispy and aren’t counting the calories!

To prepare your quick tartare sauce, simply throw all of the ingredients into a bowl, and stir until they’re combined. Add salt and pepper according to your preference.

Slice your ciabatta in half, and spread your tartare sauce across each cut piece, as thickly as you like. Lay the fish fingers in a row on the bottom half of the ciabatta, adding a layer of gem lettuce leaves if you like a bit of green.

Add the sandwich lid on top, gently squash down and slice into two big sarnies (or four, if you want something a little more delicate!). Devour, and dip into your leftover tartare sauce if you feel inclined to do so. 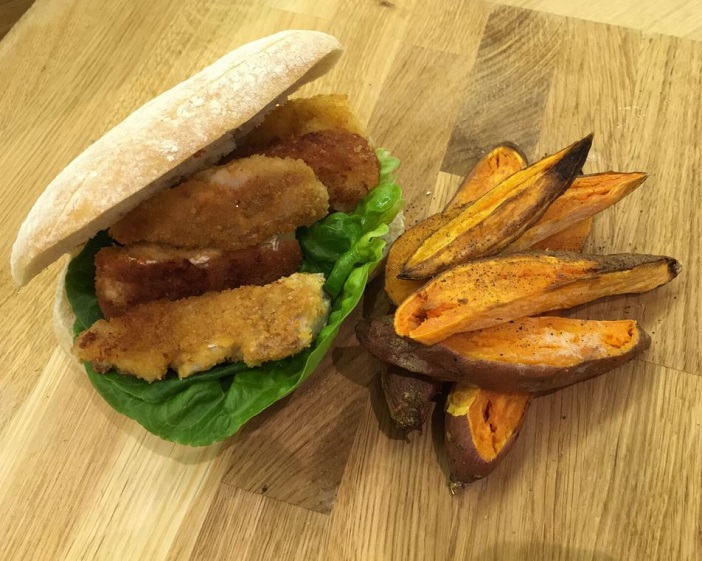 Now that you’ve seen my #WrenFamiliyFavourites recipe, why not share yours?

Snap a picture of your favourite family meal and share on Instagram with #WrenFamilyFavourites. I’ll be picking six of my favourite shots each week, and at the end of the campaign, my all-time favourite picture will win a AEG kitchen mixer worth £299.99