How well do Brits know their kitchen utensils? 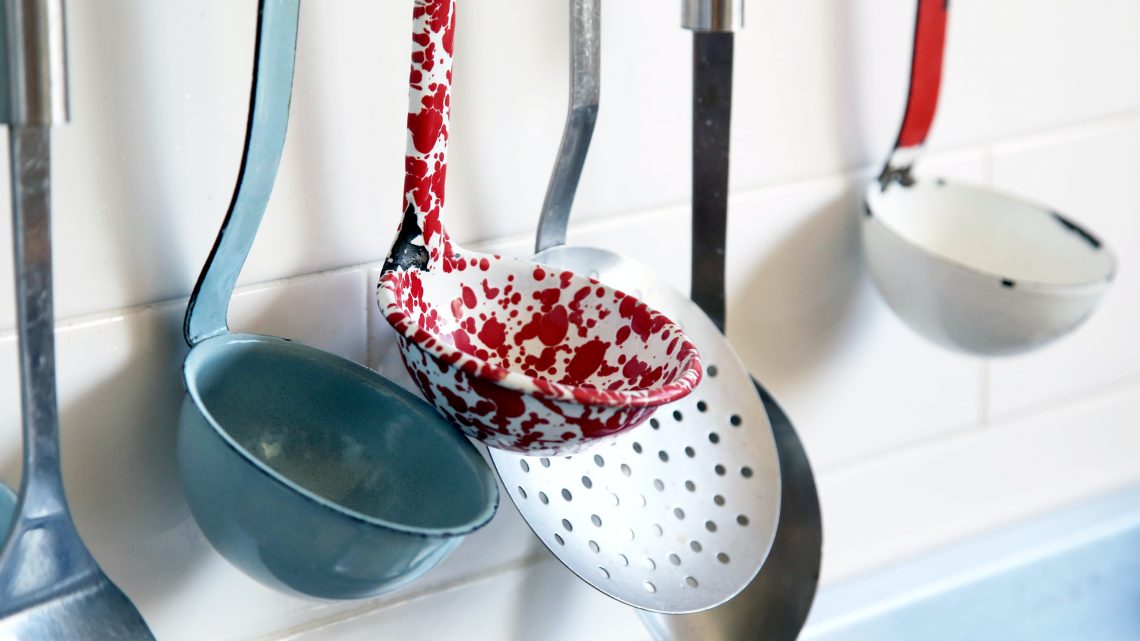 In a year that’s seen many of us spend more time than ever at home, it’d be easy to assume that the everyday Brit has a good working knowledge of the kitchen. However, shockingly, recent Wren Kitchens data has revealed that only three-quarters of UK homeowners can correctly identify common kitchen utensils.

Which kitchen item do Brits struggle with most?

Comparing age groups, it’s perhaps unsurprising, given its particular prominence, that most brackets (besides the over 55s) found the cheese grater imagery to be the most easily identifiable. Intriguingly, however, less than nine-in-ten Brits aged between 16-24 (87%), 25-34 (85%), and 35-44 (89%) correctly named the utensil, compared to an impressive 97.6% of 45-54-year-olds. Meanwhile, Brits aged 55+ found the pastry brush the least challenging implement to identify.

Turning our attention to the other end of the scale, and the common kitchen utensils that Brits struggle to recognise, less than half of 16-44-year-olds are aware of what a fish slice is. Staggeringly, this includes just over a quarter (28%) of 25-34-year-olds who can correctly describe its functionality. Completing the data set, just 52% of Brits aged 55+ can put the correct name to an orange juicer.

As far as trends go, it’s clear to see that, on average, the older an individual gets, the more likely they are to have the nous to perceive kitchenware correctly. This is supported by the 55+ age bracket being the best performing across all groups (84%).

How do men and women stack up?

By gender, women are marginally superior to men when it comes to correctly identifying common kitchen utensils, with each right 79% and 74% of the time, respectively.

Interestingly, neither has any problem picking out a cheese grater from a line-up, with each of the men (90%) and women (93%) scoring impressively for this kitchen aid. Meanwhile, however, around half of men (49%) and women (56%) struggle to successfully put a name to the modest orange juicer.

What are the most common kitchen mix-ups?

The most common kitchen misconceptions are found in people falsely identifying other implements as a potato masher. This comes as a quarter (23%) of Brits believe their steak hammer’s primary function is to crush spuds, while over one in ten (13%) believe the same of their fish slice.

Another common kitchen feature that Brits seemingly struggle with is the humble orange juicer; astoundingly, 17% misidentify it for an ice cream scoop. What’s equally bewildering is 9% of Brits believe an egg slicer’s primary function is to squeeze citrus fruit, while a further 4% think their salad spinner is also for juicing oranges.

Incredibly, as many as one-in-five Brits mislabel a meat carving fork as an ice pick, thinking it robust enough to scale a mountain. Perhaps more reasonably, given its potentially sparse use in some homes, 16% wrongly identify a pasta maker as a paper shredder. Astonishingly, though, the same amount of Brits confuse an apple corer for a garlic press, while 15% mistake a garlic press for a nutcracker!

Finally, as many as 13% of UK homeowners horrifyingly identify a cheese grater as a foot file, 11% think a pastry brush is used for painting, and 8% believe an egg poacher is, in fact, a plant pot.

Despite many of us having spent the majority of the last twelve months at home, it’s remarkable how many Brits continue to struggle to pick out common kitchen utensils. Putting the spotlight on specific cities, it’s the people of Birmingham (70%) who struggled most with the task, compared to kitchen-competent Glaswegians (86%).

Can you do better?

Now, it’s your turn. Can you correctly link up all the utensils with the food they are used on?

How well did you do? See the answers below:

For even more expert kitchen insight and household hacks, discover all the latest from us.