Trending
You are at:Home»News»Happy 5th Birthday To Us!
By Adrian+ on November 12, 2014 News

Today, November 12th 2014, marks the 5th anniversary of our first retail showroom opening in Stevenage. And what an epic 5 years it has been! We’ve put together a bit of a timeline so you can see a bit more about who we are and how far we’ve come…

Howden factory from above

We opened our factory store in Howden as a test store in April, to see how the concept of British fully-assembled kitchens would be received. We had customers from Cumbria to Cornwall which prompted us to take a big step into retail.

In our first year, we had one Kitchen Assembly Line installed with five workers running the line. We were building 30 cabinets a day, using Ebuyer’s warehouse system to launch the orders.

After the success of our Howden Factory Showroom, we knew that there was an opportunity to retail fully-assembled kitchens at better prices than the sheds. In November, our rapid store opening programme began with our first retail-park store in Stevenage. By Boxing Day, Liverpool and Bolton had opened, bringing our total store count to 4.

The front of Darlington showroom

Our small team opened 9 showrooms in 2010, bringing our total to 13 by the end of the year. From Poole to Aberdeen, we already had stores along the length of the country. Although still in infancy, we were beginning to ruffle a few feathers, damaging the sales of our competition in those areas.

Surrounded by laptops, TVs and computer accessories, we temporarily set up the Curtain Coater Line in the middle of the Ebuyer warehouse. We started to lacquer our own Autograph Cream, White and Black doors. We had plenty of machinery, but we were running out of space for it all.

February – With ambitious plans on the horizon, we purchased our 500,000 sq ft factory in Scunthorpe as the main centre for kitchen manufacturing. This important acquisition gave us the capacity to support up to 150 stores.

With the Scunthorpe and Howden factories now in full operation, they needed feeding. 14 stores were opened in 2010, bringing our total to 26.

The M62 bridge at Howden…

We purchased our entire delivery fleet of over 40 trucks, offering us a more flexible delivery service. From manufacturing, retailing, and now through to delivery, we own the entire supply chain of purchasing a kitchen.

Retail expansion continued, with our showroom count at 32 by the end of 2012 and a total workforce of 702 members of the Wren team. Increased demand in sales also promoted us to install our second Assembly Line.

FLYING TO THE NEST

A landmark year for us, which included acquisition of The Nest in Barton-upon-Humber. A former manufacturing plant for Huggies Nappies, this fantastic facility provided a new Head Office for our growing team and world-class training facilities. It gave us ample room for furniture warehousing and the opportunity to manufacture in the future.

Our showroom portfolio was now 46 by the end of 2014, all of which included our brand new range of furniture. 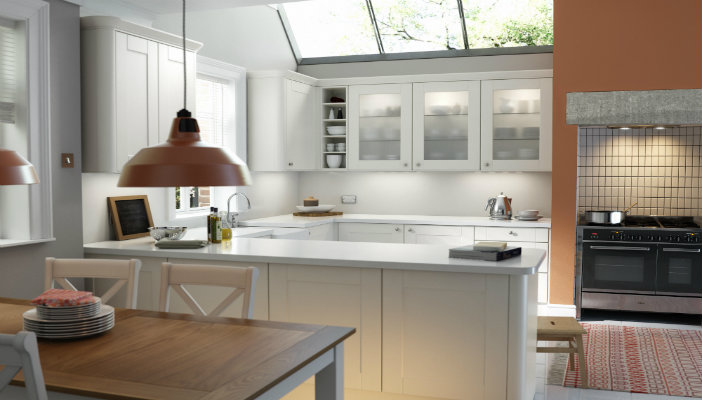 Our selection of furniture expanded, with countless new ranges and products, including sofas being introduced. In February, our website became transactional, meaning our customers could purchase furniture directly from the Wren website.

Our progress in kitchens continued, with the launch of the Ermine range of shaker doors and a complete revamp of the Extra Value range. Targeted at the DIY customer, the Extra Value kitchen is the fastest and easiest kitchen to install in the UK.

Now, we have 52 stores in operation, and manufacturing is more than capable of keeping up, with our two mega-factories here in the UK.

So that’s our 5 year story… We’re excited for the next 5 and beyond!