Trending
You are at:Home»Kitchens»Cooking Trends in England 2014
By Adrian+ on January 16, 2015 Kitchens, News

England is becoming a nation of increasingly confident cooks. All across the country, budding chefs are taking to the kitchen with new found inspiration and passion. But what’s brought on this change, and how long are we willing to spend in front of the stove each night?

We undertook a survey at the end of 2014 to reveal the answers to these questions and the changing cooking habits of England.

Without further ado, here are the results of our survey…

Do you take pictures of your food and post them online? 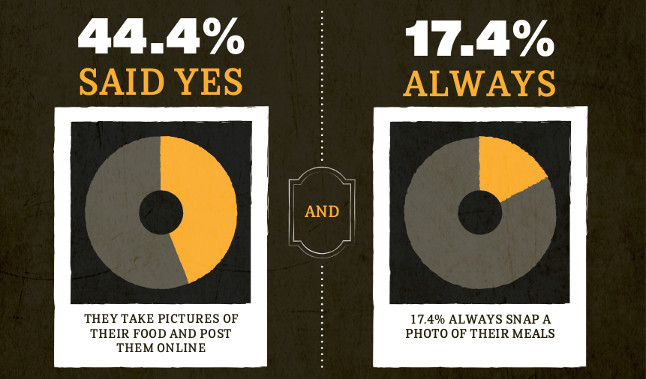 Does age play a role in this?

Age does play a large role in how likely you are to post photos of your food online. 70% of people aged between 18-29 in the UK post pictures of their meals online. When we consider that 90% of the 150+ million users of Instagram are under the age of 35, this statistic is much easier to digest.

How did you learn to cook?

34.2% of us do not attribute our ability to cook to any particular source. They claim to have picked it up naturally over time. 33% learnt how to cook from their mothers, while 5.3% learnt from their fathers. 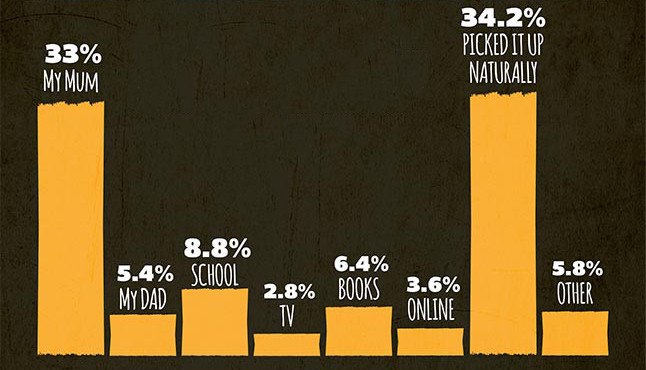 How does England rate its cooking ability?

When asked to speak objectively and rate their cooking ability out of 10, the most common response from the people of England was a 7.

Furthermore, 7.8% of those surveyed were confident enough to rate themselves as a 10, whilst only 2% would admit to being a 1. 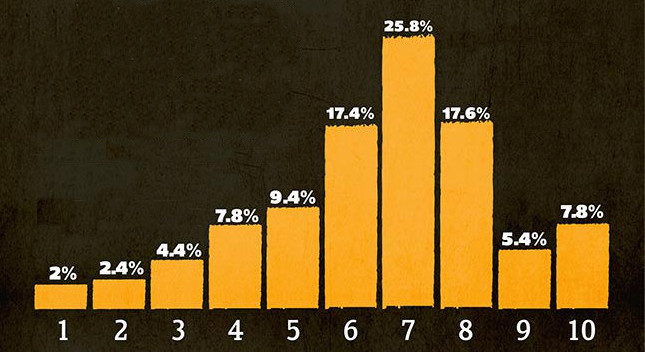 Who does the majority of the cooking in your home? 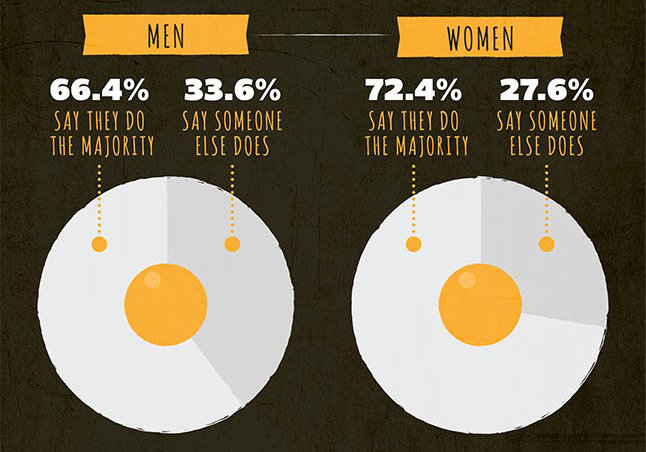 How much of your time is spent cooking each day?

The majority of those surveyed (32.2%) said that they spend 30 minutes to one hour cooking every day. With 26.6% spending an extra half-hour creating their meal, and with just 8% spending over two hours cooking.

And if you don’t feel like cooking, what’s usually the reason?

Do you agree with the move by the government to make cooking lessons a compulsory part of the school curriculum?

As of September 2013, cookery lessons became compulsory in the school curriculum for those in year 9 and below. Do you agree with this move?

We asked the public’s opinion on the change…

Of those surveyed, 69% agreed with the change. Women were more in favour of the change than men were.

How many times a week do you sit down with family and/or friends and eat together?

When it comes to eating together, 32% of Britons manage to do this between one and three times a week. However, 12.6% said they they never sit down to eat together. 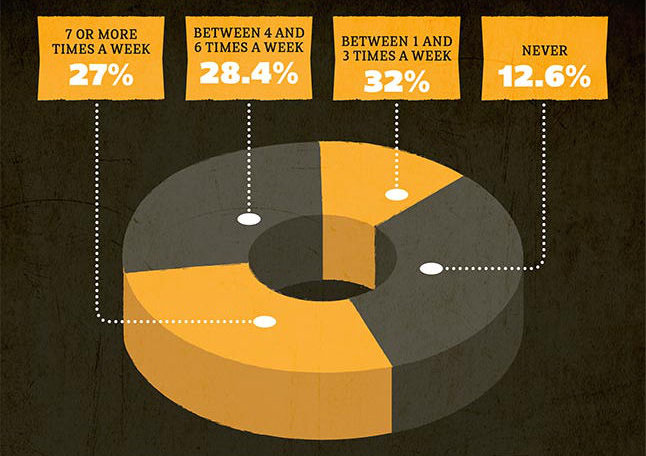 How many people are vegetarian or vegan in your household? 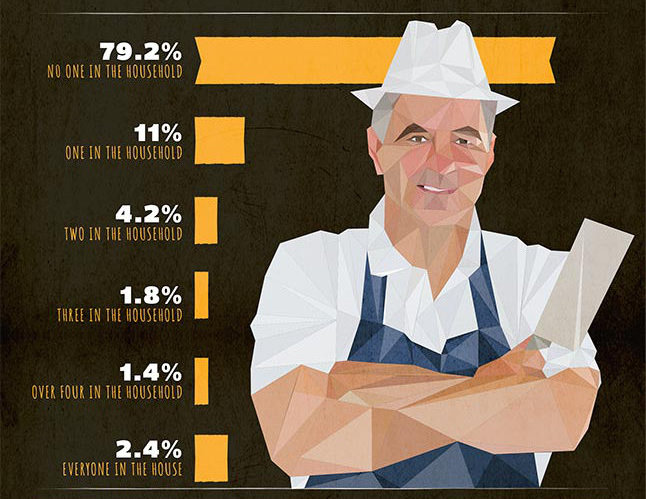 All figures and statistics were collected from a survey carried out by Wren Kitchens in 2014. All entries were from people who reside in England.

How did you learn to cook?